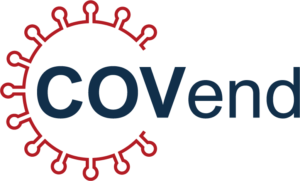 From Ebola to COVID-19,
not just a lung disease

Since the first cases in December of 2019, there have been over 260 million confirmed cases worldwide[1]. About 2–11% of all infected patients become critically ill, progressing with pneumonia and hypoxemia to multi-organ dysfunction, maladies for which acute treatment options are scarce[2]. Up to now, there is no clinical evidence of a functioning and efficient direct therapy, but rather all treatments are limited to symptom control.

The COVend project aims to change that by testing FX06 against COVID-19. FX06 is a naturally derived peptide that protects the endothelium, which is a thin membrane that lines the inside of the heart, lungs and blood vessels, and that appears to be affected by the virus. Nevertheless, the use of FX06 against a virus is not recent.

“It was somewhen in 2008, when I listened to a conference by Jeremy Farrar (now Director of the Wellcome Trust Foundation), one of the most knowledgeable people in pandemic infectious diseases,” says Dr. Petra Wülfroth, biotechnical expert of F4-Pharma. While talking about Dengue fever, “he mentioned how its severe state could be actually regarded as a capillary leak disease.” Capillary leak, a disorder that happens when plasma from blood vessels “leaks” into neighboring body cavities and muscles, can be observed in a variety of diseases affecting organs and leading to life-threatening conditions, up to multi-organ failure. Knowing FX06’s mode of action and it’s immunomodulatory properties, Dr. Wülfroth approached Fibrex Medical, the company developing FX06 at the time, and suggested to evaluate the potential use of FX06 in Dengue Shock Syndrome.

With more studies, conferences and patents in between, 2014 came and with it the largest Ebola outbreak in West Africa to date. With similar symptoms to those caused by Dengue, Dr. Wülfroth immediately realized Ebola could be another target for FX06 and she approached the World Health Organization. Consequently, the WHO recommended FX06 as second line medication for Ebola during the outbreak and a cooperation was set up with the Italian NGO Emergency to treat the patients in Sierra Leone.

At the time, the number of infected people was high amongst aid workers, some of whom were treated in intensive care units in specialized centers in Europe and the USA[3]. Among them was a doctor who got infected during his duties and was sent to the Frankfurt University Hospital with signs of severe multiorgan failure, including lungs, kidney and gastrointestinal tract[4]. He was successfully treated with FX06 in a special isolation ward under named patient use by Professor Kai Zacharowski, Director of the Department of Anaesthesiology, Intensive Care Medicine and Pain Therapy and COVend’s Project Coordinator.

Thankfully, the outbreak ceased. The value of FX06, however, didn’t. It would be only 6 years later, when Dr. Wülfroth and Prof. Zacharowski would read the same symptoms again in the medical news: ARDS, systemic inflammation, capillary leak; and they just knew. “Ebola and COVID-19 share a massive inflammatory reaction”, says Prof. Zacharowski; “having cured a patient with Ebola, it was clear to me that FX06 may be beneficial also in COVID-19.” The first critically ill COVID-19 patients have already been treated with it under name patient use in Frankfurt and Würzburg, and although clinical trials are still underway, the results are very promising[5]. With this track record, COVend’s project and clinical trial IXION set out to further establish FX06 properties against the severe inflammatory response caused by COVID-19 and to stop the progression of the disease at mild, preventing critically ill cases. 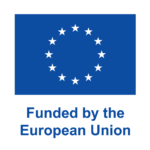 FOR INQUIRIES, PLEASE SEND US AN EMAIL AT [email protected]